Denver, CO – In appreciation for their hard work, Lawgical recently sent two team members (plus a guest for each) to a taping of American Idol. Gerard Moreno, our master of accounting who resides in Los Angeles, and Debi Germain, a rockstar administrative assistant from our Denver office, attended the May 15th taping to see which of the three finalists would make it to the finale. Gerard’s wife and Debi’s mother also joined.

Ryan Seacrest, the full panel of judges, and three finalists: Caleb Johnson, Jena Irene, and Alex Preston put on quite the show for the audience.

“We had a great time at the taping!” Gerard Moreno said. “Ryan Seacrest was a charming host and Scotty McCreedy, a past winner, performed live!” Debi and Gerard watched the performance from the first and second rows as judges Keith Urban, Jennifer Lopez, and Harry Connick, Jr. presided over the final votes, revealing that Caleb Johnson and Jena Irene advanced to the next episode (Alex Preston was voted off). “The show was live on the East Coast and was quite the production!” Gerard said. 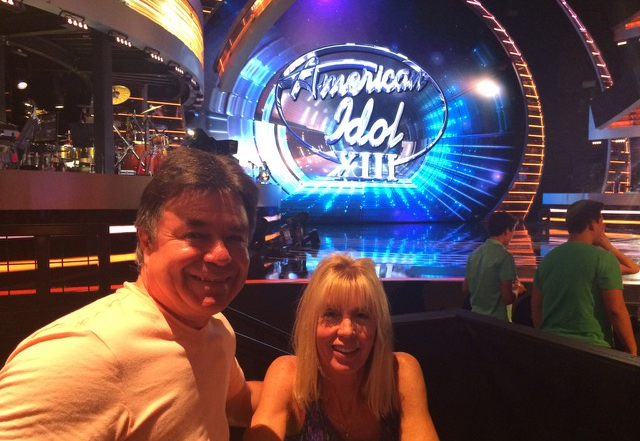 Commercial time gave Debi and Gerard a fun look at what goes on behind the scenes. Keith Urban’s daughters were in princess dresses would come out during commercials to sit on their dad’s lap. Jennifer would take selfies with fans in the pit area, and a huge glam squad would come out whenever the cameras were off to powder, touch up makeup and hair, and keep everyone looking good under the hot lights.

“The entire VIP show experience was surreal. I was not sure which of the male stars would look hotter, but when JLO walked out in that shimmering Pucci dress my eyes were stuck on her. She was so stunning I almost forgot about Keith and Harry!” Debi said of the experience. “It was really exciting to see all the behind the scenes production.” 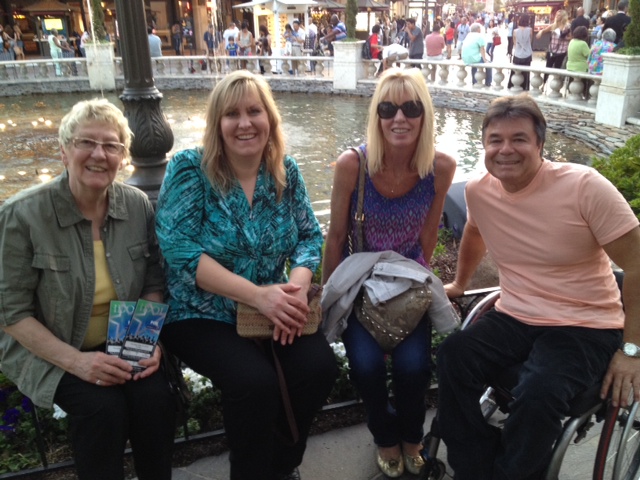 Unfortunately, due to production rules, it wasn’t possible for Debi and Gerard to get pictures during the actual performance. Still, both Debi and Gerard had a great time at the show!

“The show was live on the East Coast and was quite the production. It was a lot of fun!” Gerard said.

“Thank you Lawgical for this wonderful trip to Hollywood!!” said Debi.

Lawgical provides online marketing, web development and SaaS software solutions for legal professionals. The company’s portfolio is anchored by AboutBail.com, ServeNow.com, PInow.com, ProcessServers.com, and ServeManager – all leading brands in their respective industries. Lawgical is also a leading creator and distributor content related to its legal verticals, and is the company behind TweetLaw.

As Director of Marketing and Multimedia, Kimberly sets strategy for outreach, distribution, social media, and network growth, and manages multimedia production for the network. She has a Bachelor of Science with a background in design, marketing, production, editorial, and operations and strategy. Kimberly consults with the production, operations, and tech teams on a variety of projects and initiatives. You can follow Kimberly on Twitter at @kimberlyfaber.