The Effect of Paid Stumbles from StumbleUpon

We recently came across an infographic by Column Five Media that presented the power of StumbleUpon when it comes to driving social traffic. According to the infographic, StumbleUpon is responsible for over 50% of all social media referrals.

We decided to put this to the test, so to speak, with our infographic on infidelity. SU offers something called Paid Discovery, where they guarantee visits from an engaged audience who stumble upon (tee hee) your URL along with other relevant content.

There are different levels of traffic you can buy which is charged by visitor and distinguished by level of targeting and the analytics you receive. We threw about $150 at the lower- and mid-level visitors. It’s still a bit early, but here’s what we’ve found to date.

An instant spike in traffic

Almost immediately, and I’m talking within a minute, we were watching the traffic in real-time Google Analytics jump from a few dozen to well over 150. 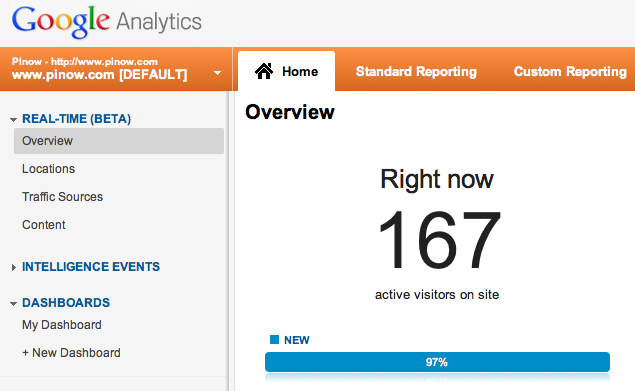 StumbleUpon certainly seemed to deliver on their promise. We ran our campaigns over the course of a day and SU was responsible for over 60% of our traffic, and over 80% of referral traffic. We had also done a PRweb press release the previous day and experimented with Facebook ads, but the referral traffic from SU was off the charts in comparison.

Traffic is engaged, but not “Social”

StumbleUpon is a social site, so obviously “Stumbling” is a social action but the social activity seemed to stay within the walled garden of StumbleUpon. We did not see an increase in other types of social analytics – tweets, Facebook shares, +1’s or comments. Maybe the subject matter had something to do with it – “liking” infidelity is probably not something you want to show up on your Facebook feed.

We did have some social engagement prior to the SU campaign, but after the paid stumbles ended we saw a very skewed Stumble to other-social-action ratio. Don’t get me wrong, I’m not complaining about 2,300 Stumbles, but you have to wonder how the discrepancy might look to a visitor or even the search engines if social actions are ranking factors.

Considering the visits coming from StumbleUpon were likely not our target audience (those looking for an investigator) I was surprised at how engaged they were based on the analytics.

There’s still a lot of data to dig in to, but for our initiatives it’s still unclear whether this was money well spent. At this point, I feel like we may have just bought some non-targeted traffic.

If we compare the social mediums that we spent money with for this infographic distribution (StumbleUpon and Facebook), the Column Five data mentioned in the beginning of this article was right on.

I can say though, it’s a no-brainer to throw a couple hundred dollars at StumbleUpon as part of your distribution plan for any content piece that has a mainstream appeal. The goal obviously it to get it picked up, linked to, embedded etc. If you get just a few folks to share your content it was worth the cost. And, who knows… you might just get the right people stumbling upon it to help it go viral.

Trent Carlyle is the CTO and co-founder of LAWgical. Trent works alongside the technology and marketing teams, developing products that help our clients grow their businesses and operate more efficiently. You can follow Trent on Twitter at @trentcarlyle.